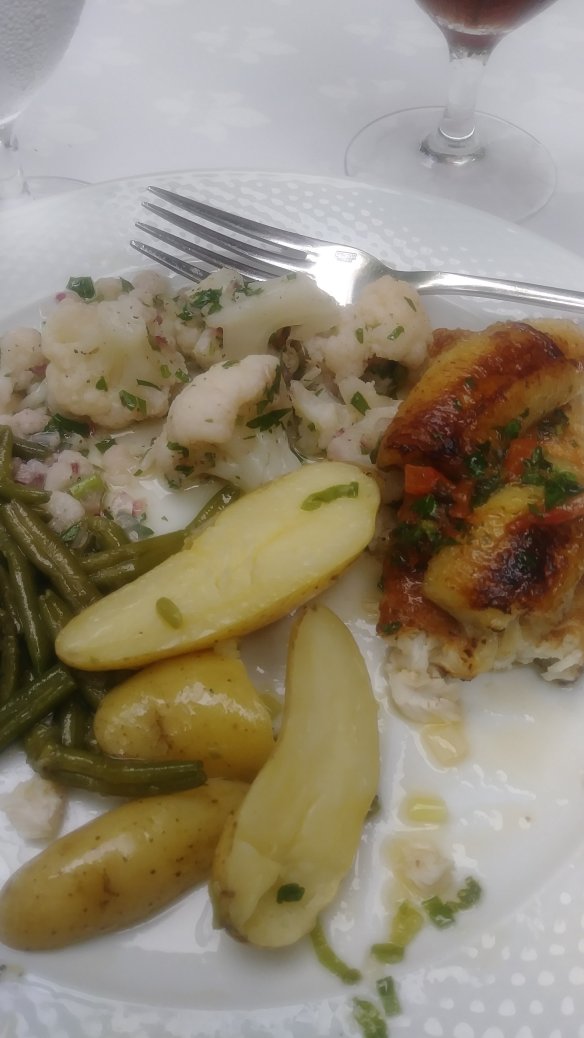 Banana on top of the fish and it was delicious. Actually everything I ate in New Orleans except the oysters were delicious. I did not know that New Orleans was known for it’s food. but, I know it now.

Back to paint in the afternoon and then

Dinner was at Antoines – open since 1840 fine French-Creole dining & birthplace of Oysters Rockefeller. We also were in a private dining room. We got to sample all the appetizers on the menu. 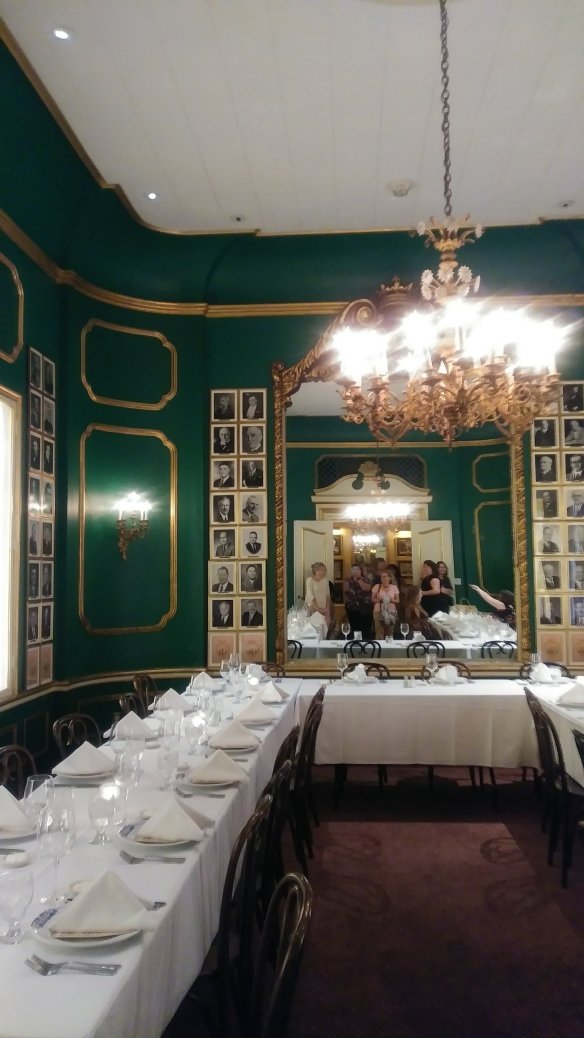 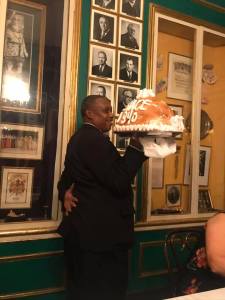 desert was Baked Alaska which was flambéed at the table. Coffee was then added to the flaming alcohol and served in the cups below. P.S. I could not taste any coffee!! 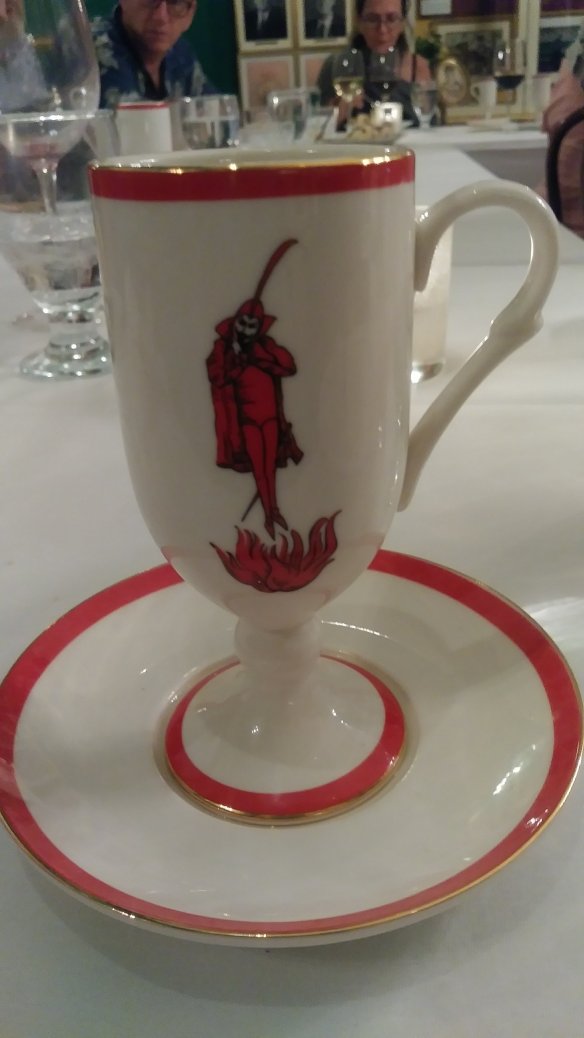 Then a few of us went to the Hotel bar to listen to Jazz Music.